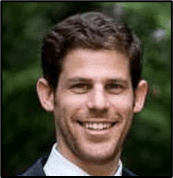 Harris completed his Ph.D. at University of California-Riverside studying positronium physics. He was National Research Council Postdoctoral Fellow at the Air Force Research Laboratory in Rome, NY. As an undergraduate he was awarded a Critical Language Scholarship to study in Astrakhan, Russia.

Success! - Thank you for your interest.